Mogre and WPF         Information and links for WPF interaction


WPF (Windows Presentation Foundation) is a modern SDK created by Microsoft for building GUIs in Windows. Many powerful Windows applications today, including Visual Studio 2010 and later, are built using WPF. WPF makes it easy to create sophisticated GUI controls that are composed of other controls. It also has support for animation, styling, and data binding. It optionally supports a declarative UI layout through a XML format called XAML.

UI toolkits for games are often simpler and less featureful than desktop-grade UI toolkits. Incorporating WPF into a Mogre application allows a developer to have a sophisticated UI and leverage the vast wealth of WPF resources available. 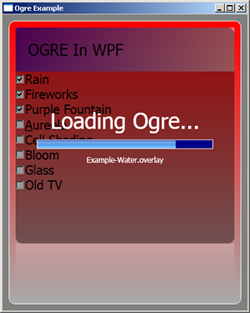 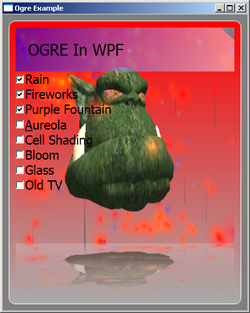 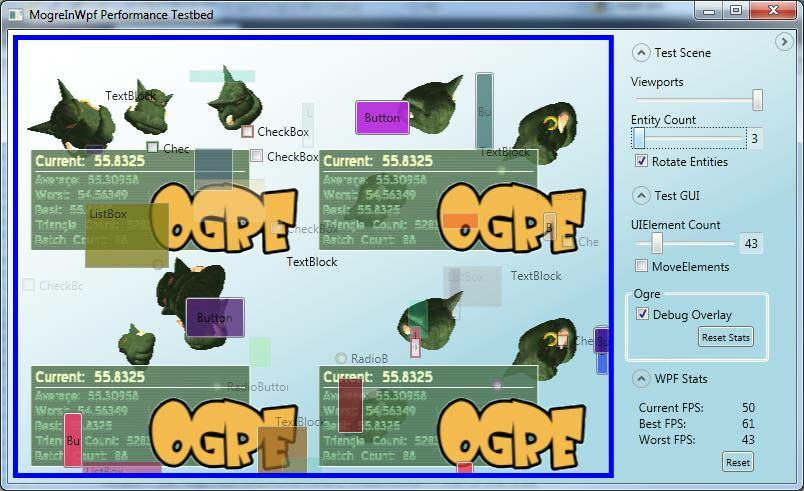 Methods of Combining WPF and Mogre


There are several ways of using WPF and Mogre together. Note that most are in an experimental state.
Here are the possibilities:


D3DImage is a WPF control that shows a Direct3D texture inside WPF. It can be set to use a texture that Mogre renders to.


This approach takes two Windows windows: the top is mostly transparent and contains some WPF controls, while the bottom is a typical Mogre window. The positions of the two windows are synced, and input from the user can go to either window.


Capture a screenshot of individual WPF visuals and render them as textures onto entities in Ogre or Mogre.


... how interaction works (Add both ways, which was describes by Hormis) ...