Create an hybrid Portal/BSP scene manager that benifits from the current visibility system on GPU (via occlusion queries) and that acts as a higher level container for other subscene managers. In short, each cell can have its own scene manager, cells are connected via portals. Objects/Camera relative position (the cell they are in) is queried via BSP. Portal visibility gives cells visibility and from that we can extract cells/subscene managers visibility.

Manager: This is where everything that has to do with visibility/queries/batching is done.

Cell colouring means identifying each cell and the polygons for each cell, this way we can now in which cell the camera is in. 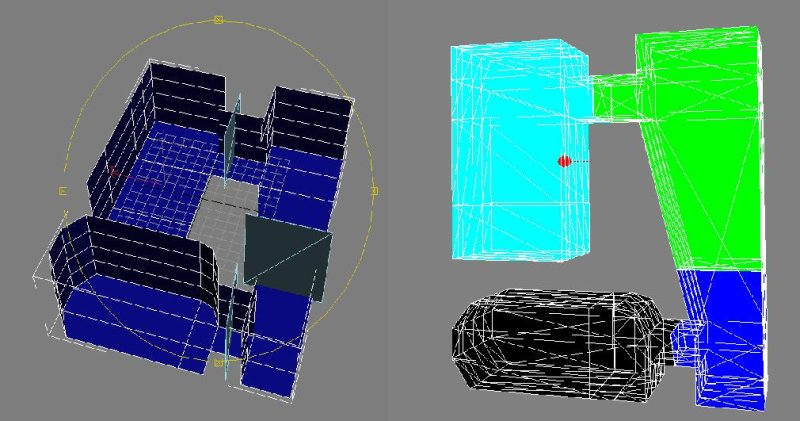 I moved the code I ve done to Ogre now, it uses no external libraries now, it seems to be working (more testing is needed though before confirming a completion status) 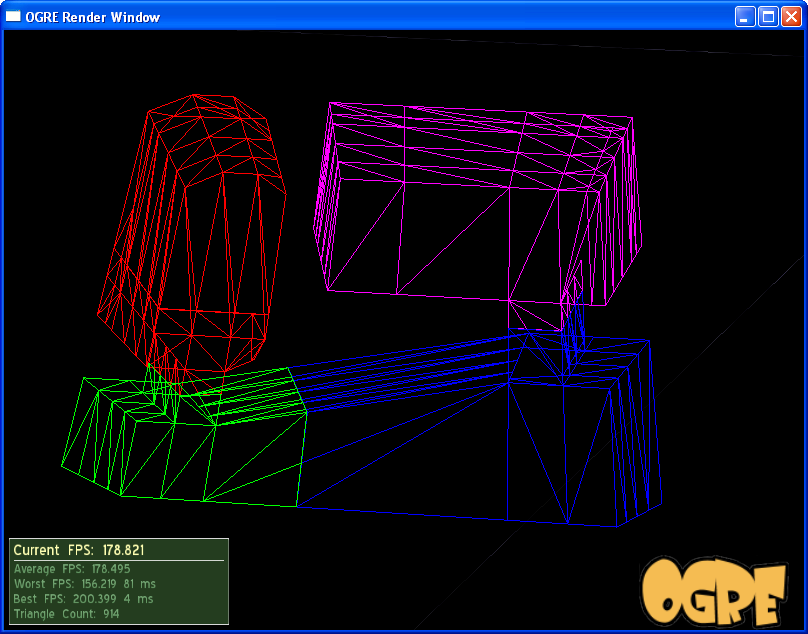 I have done the connectivity extraction between portals and cell, the methods are exposed: getNeighboringCells, getNeighboringPortals, getCellPortals, getPortalCells, and few others. Portals and Cells are currently handled as indices, they can be easily adapted later as we need. 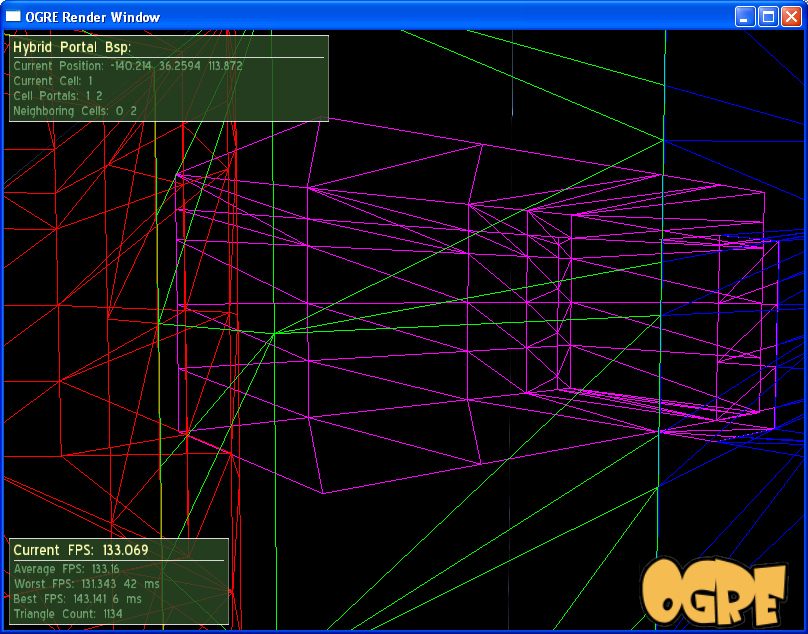 occlusion query implemented, and got the visibility extraction from it, whole cells could be culled when not seen.

movers are now supported, the computation of mover spacial position (which cell) is done using the node center, it will be enhanced soon to support bounding sphere and bounding box: 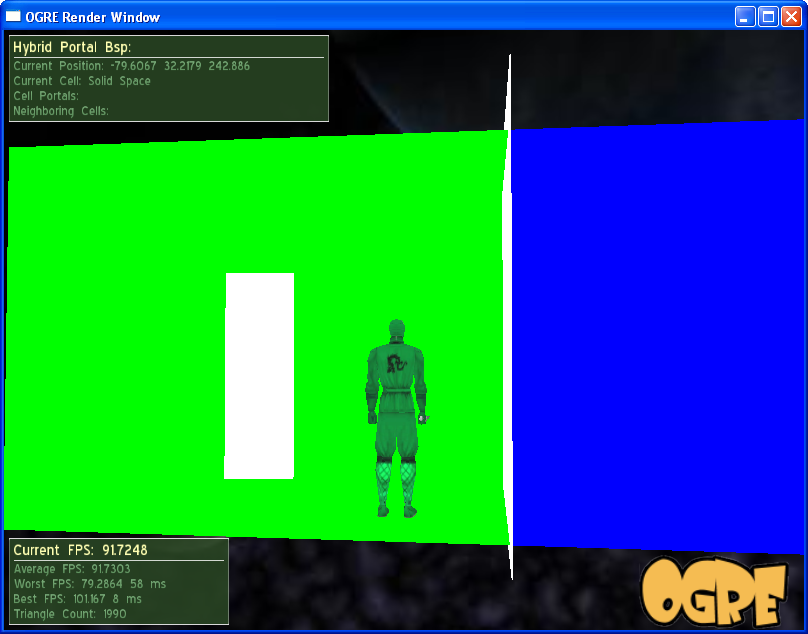 the ninja is inside the green cell

Note: 1-6 are the preliminary steps, once finished and hopefully the time allows it, steps 6-7 are the next objectives. I m going to give more information on each step later on as I progress. Depending on optimisations and new ideas, these steps can change and might be combined.