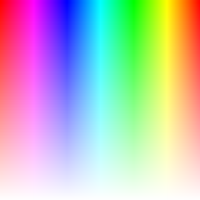 Alpha compositing is the process of combining an image with a background to create the appearance of partial transparency. It is often useful to render image elements in separate passes, and then combine the resulting multiple 2D images into a single, final image in a process called compositing. For example, compositing is used extensively when combining computer rendered image elements with live footage.