Cross-Compiling OGRE on DebianSetting Up An Application - Linux - Shoggoth


Note: This is a howto for Code::Blocks IDE, if you're using another IDE, refer to it's manual on setting up a new compiler. 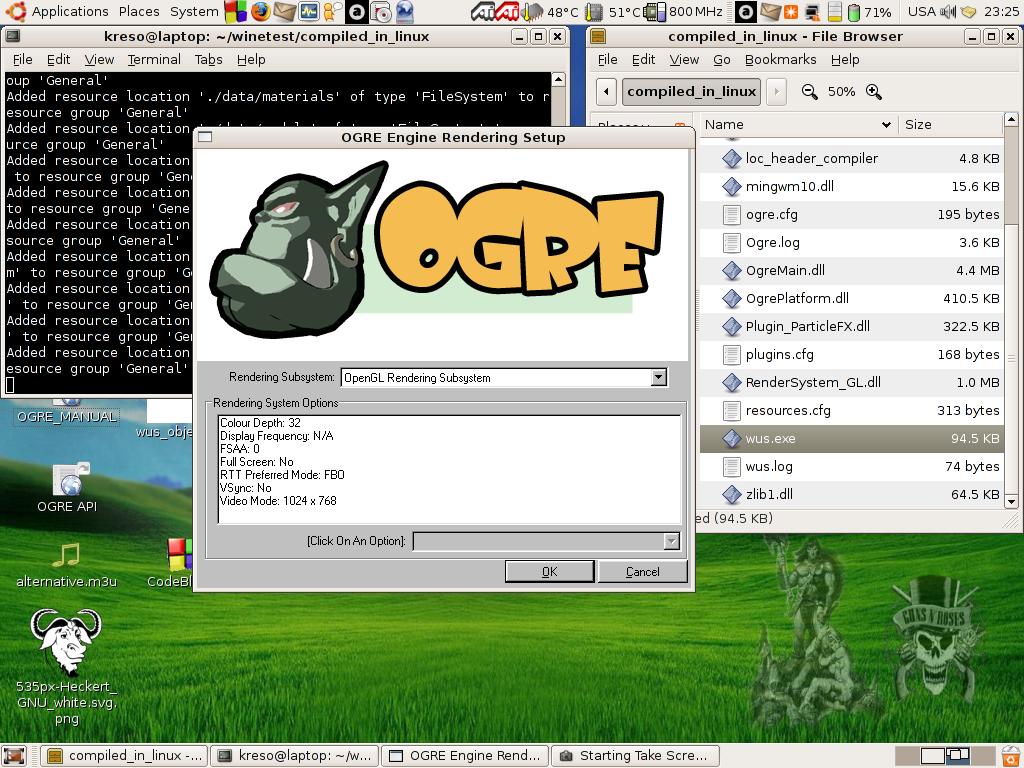 I'm using Ubuntu 6.06 so it was preety easy to install the MinGW cross compiler, as explained on Code::Blocks wiki

I haven't tried installing MinGW cross compiler on any other distribution, so I leave this paragraph to other enthusiasts

Setting up the build environment

You'll need to download Ogre Code::Blocks for MS Windows SDK and extract it.
Since this file is an *.exe, use wine:

Extract it to your prefered location ( In further text refered to as: (#OGRE_CB_SDK_DIR) )

Setting up Code::Blocks to compile Ogre apps for MS Windows

Since MingGW cross compiler is exactly the same as MinGW windows compiler, follow the Ogre Code::Blocks for MS Windows tutorial

I don't know why, but when I compile Ogre on MinGW-cross-compiler, after setting (#OGRE_CB_SDK_DIR)/stlport/stlport as a first include directory, headers in that folder report they cant find includes in "../3.44/*".

if anyone has a smarter solution, please let me know.

And that's it! All that is left (but not necesarry) is to setup Code::Blocks target to output the executable to *.exe

Now that you've successfully compiled your first Ogre app for MS Windows, it would be a good idea to see if it works. Ofcourse, the best way to test it is by running it on MS Windows, but it's easier if you test it on your machine first before handing it to others. so:


you should now see something like that screenshot above.

Note: Whilst Wine is a great piece of software, it still isn't perfect, so use Wine to see if your Ogre apps will start, but don't expect them to perform perfecly. eg. On my computer, when running my program using Wine, particles don't show properly, whilst the same exe runs perfectly on MS Windows.

Ogre3D development team has switched from MinGM + STLPort to MinGM with a modified libstdc++ which renders the default MinGW distribution useless.

So, you have two options:


TODO: I've uploaded this file temporarily to my server, someone please move it to a more permanent location.

if you have any problems, send me an e-mail or PM.